In this week’s 5 Best Books we are asked to list our Five Best Books: Re-reads. I love to re-read. Many authors I consider to be my favourites are based on of how many times I have re-read their books. All of the authors of this week’s top 5 are my favourite authors. Agatha Christie could have featured as a top 10 all by herself but I have restricted myself to only two of her books, one from Miss Marple and the other from Hercule Poirot. So without much further ado, here are my top 5 Re-reads.

Pride and Prejudice by Jane Austen – I first read Pride and Prejudice at 11-12 years of age. Ever since then it has been re-read many, many times. Nothing, of course, can match the thrill of the first read but this book never fails to capture my interest. Even though I know how it ends, I still fell anxious about the predicaments of Elizabeth and Darcy. My copy of Pride and Prejudice was a wedding gift for my mom at her wedding nearly 25 years ago. It is falling apart due to its age, the many re-reads do not help either. Time I got my own copy, I guess.

Sleeping Murder by Agatha Christie – This is by far one of the best Miss Marple novels ever written. For those who have never read any of Agatha Christie’s works this is a fine place to start. Each re-read feels like the first time to me. The atmosphere of the book and the twisted nature of the main plot, never fails to creep me out. The freshness of the story never dims. One of my all time favourite comfort reads! 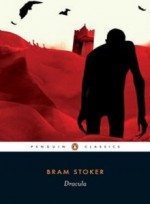 Dracula by Bram Stoker – How can a book that I have read and re-read so many times still fill me with so much fear and dread? I know the book almost by heart now. But Jonathan Harker’s experiences in the Castle Dracula, the count’s arrival in England, his encounter with Lucy and her mother, the Count’s evil presence at the asylum, it all still manages to scare me and I’m not a person who’s easily scared. A book worth every re-read it gets.