When Mrs. Drabdump fails to wake up her tenant Arthur Constant after hours of frantically trying, she seeks the help of her neighbour, retired detective George Grodman. Her worst fears come true when Arthur is found in his room with his throat slit open. But with the windows securely closed and the only door locked, how could Arthur have died? Is it a simple case of suicide? Or can there be a more sinister explanation?

As an avid mystery reader, I am interested in the origins of the genre. Locked room mysteries hold a certain fascination for me.

The Big Bow Mystery  (1892) by Israel Zangwill is often considered to be the first ‘true’ locked room mystery ever written.

Israel Zangwill (1864 – 1926) was a political activist and humorist. Though not primarily a mystery author, his  The Big Bow Mystery continues to be an influential work in the genre of crime fiction.

Zangwill was a humorist. His wit shines brightly in some of the dialogues of the story.  For example, when Mrs. Drabdump philosophises about love and breakfast,

“…she bore the tea-pot downstairs with a mournful, almost poetic, consciousness, that soft-boiled eggs (like love) must grow cold.”

There is another hilarious passage about how people fight over the possibility that a monkey (à la The Murders in the Rue Morgue) could have committed the crime.

The detectives in the book are all too human and not the usual crime solving machines that generally populate stories like this. They seem more interested in stroking their egos than solving anything. Both George Grodman and Edward Wimp are not likeable. I found this approach to be interesting.

The characters of Denzil Cantercot and Peter Crowl irritated me. Their conversations often seemed pointless to me.

The narrative is wordy and full of digressions. It is full of dull speeches on politics, the class system, the working man’s problem; etc. If all of this had something to do with the story I wouldn’t mind but they don’t. Israel Zangwill was a very politically conscious person and he was not really a mystery writer anyway so I do understand the reason behind such deviations. But just because I understand it doesn’t mean I like it.

The solution is simply bizarre. It is unique but at the same time it left me feeling kind of annoyed and disappointed.

The solution left me feeling unsatisfied and the wordiness does not help the book either. But I am glad I read The Big Bow Mystery as it occupies an important place in the origin of crime fiction. Overall, a so-so experience. 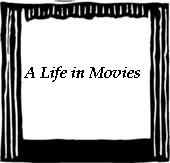